The UK government has asked mobile carriers like Vodafone, EE, o2 and Three to send an emergency coronavirus messaging alert today on their behalf.

This is the first time that all the UK's mobile networks are sending out a government message to their customers with details of the new shutdown measures. Some customers have already received the message, while others are set to get it later in the day. 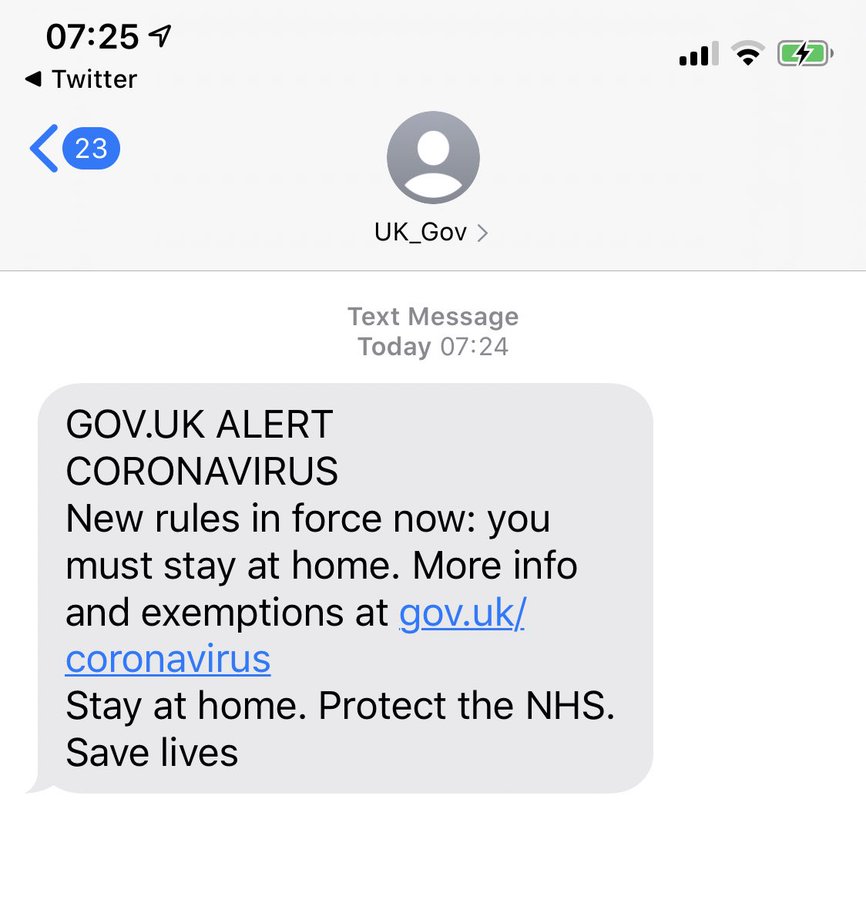 The government has had to work with the operators to utilise their messaging capabilities to get the SMS message sent quickly because an emergency alert system, trialled seven years ago, was never put into practice. The final report on the trials said the idea had proved popular with focus groups and other members of the public surveyed about it.

Such a customer messaging service would have allowed the government to bypass the mobile networks and send messages directly to all of the UK's mobile phones.